ARIADNE
ARIADNE, born in Mexico, was influenced musically by her father, a drummer from La Habana, Cuba. Composing songs, singing, and dancing became part of her childhood games. At the age of 13, Ariadne began her journey in the world of show business when as a student of the "Estudio Gensollen" in Houston, TX she performed in a variety of local festivals and sang in UNIVISION’s KXLN-45 Morning Show. As a Vocal Major from The University of St. Thomas in Houston, Ariadne received a BA of Fine Arts in Music Performance. At UST, Ariadne was involved in a variety of genres such as Classical, Baroque, Jazz, and Broadway as well as her continued focus on Pop Music and Rock. In 1999, she joined “Mango Punch” as the Female-Lead and back-up vocalist for the band, which included Latin styles like Salsa, Merengue, Cumbia, Top-40 in English and Spanish, and shared her influences of pop, rock, R&B, and even some flamenco. Co-founder and leader of rock fusion band "L'una Soul". Currently working on the release of her debut album "Buscandote"

Today I'm feeling the excitement building up inside. Ever since I was a little girl, I dreamed of performing my own songs and singing to thousands of people. Back then all I could do was dream. Throughout my adolescent years I discovered the world of show business and sang in public for the first time. My training began, and I only imagined what it could be like when I finally "made it" and obtained fame and fortune.

Reality finally set in soon enough, but I continued to work hard, sing, train, and even study music in college as my major. Fame was not the main focus anymore, but I learned to work on my craft as a true artist. I sang cover songs through that time, but somehow I decided to take the plunge and dust off my "poetry" notebook, and actually make something out of those words I had somehow written, without a purpose.

Those "poems" and "thoughts", which were expressions deep down from the bottom of my soul, became songs. I was still very self-conscious and unsure of myself, but I continued to work at it. Writing a song never came easy to me. I attempted to connect with other musicians, producers, and singers to find direction. Some worked out, some did not. I learned a lot about myself and about the writing process.
I learned over the years, yes, years, that I had to just let go, let it flow, and not think so much. I could always revise things or try it again. It became hard work. I had a tendency to be lazy if something became hard for me, but over the years, I matured and I realized I had to use the tools I had to my capacity, and to stop comparing myself to anyone else. Ok, so I am not one of those songwriters that can whip up a song, or even 10 songs in one day. It pretty much took me months, and a couple of years actually, once I became a mother, to complete 12 songs, 11 of which are in my first album, Buscándote.

I now turn back and see myself, and how "green" I was. How naive and inexperienced. What kept me going? I don't know. I lost the "spark" a few times along the way. However, when I decided to take a step back and regroup my thoughts, my goals and inspiration, I started doing things I never thought I could do: I formed my first band in a couple of weeks, we started rehearsals and booked regular shows for 3 years. It took us that long to get a crowd of 50. Competition in any large city, especially NYC among bands is so intense, that it really sucks out all your energy, and not everyone makes it through. In fact, I burned out after those 3 years and had a hiatus of 2 years to really decide what I wanted to do with my music.

In that hiatus I met an amazing woman and artist, Vickie Natale. It was refreshing to meet someone so open, so sincere, with such a beautiful heart and soul, giving herself and her craft to every person she met. Vickie helped me rediscover my purpose in this world of music. I saw myself through her and aspired to reach the level of professionalism she had, and to free myself by just singing my heart out as she did, without any inhibitions, self-consciousness, or fear of making a fool of myself. She encouraged me to develop other abilities of mine that I had abandoned, such a practicing the guitar and piano in order to accompany myself and not depend on anyone.

looking back, I see where I was at 3 years old, when according to my mother, I wrote my first song, and then at 8 or 9 when I put on a show in my living room for my parents EVERY single night, or when I first sang in public at a talent show in my church ("I have nothing" by Whitney Houston. What was I thinking?), or when I sang with Mango Punch in Houston, TX and learned first hand everything about managing a band and performing for 50, 100, 1000, and even 10,000 people. Then I moved to NYC, with nothing but my luggage. So much happened, I got married to Jose, one of my first friends and musical contacts in NY. Together we have learned about this process and this album is a result of our hard work. I think back to 5 or 6 years ago, when I started booking shows with my first band, while  raising a toddler and having a full-time job...and now, I see myself:  I am not only stronger as a person, as a woman, as an artist, as a singer, as a vocal coach, but I can also say I am a producer. I can find inspiration to write anywhere and it doesn't have to be so hard. I can write ideas while commuting on the subway. I'm still not that kind of songwriter that can whip up an entire song at one sitting, but I have come to terms with that.
I am very blessed to be around so many wonderful people, so many talented artists that I can call my friends. God has been good to me, and I have so much to give back.
This is only the beginning... 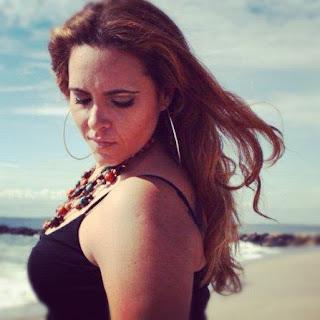 I am very excited to sing live again after a little hiatus...If you are wondering where I've been, well it's been a long and crazy road, but I spent time writing, teaching voice lessons, taking voice lessons, and trying to finalize the album release.

This upcoming showcase will be a chance for us to get a little more intimate. Low lighting, cozy, and romantic music to share with you and your loved ones. I have not lost my love for rock, don't get me wrong, I will be back with a full band and kick start the album release with a bang!

Thank you all for your patience, love and support. 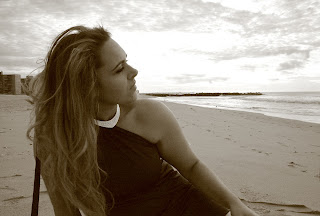 Posted by ARIADNE at 7:09 AM No comments:

If you are interested in arranging this song for piano, please let me know...
Posted by ARIADNE at 8:07 AM No comments:

Flickr Photo Stream
Posted by ARIADNE at 3:00 PM No comments:

A little over a year ago...

I was reading my old blog and I realize all of the things I have accomplished since then. It empowers me to continue to strive at becoming a better person, better mom, better singer, artist, and never to stop. I thank God for opening many doors and surrounding me with wonderful people that are part of my journey. We help each other, we love each other, and we support each other along the way...

Below is a link to what I wrote one year ago. Hope it inspires someone out there.
XOXO


My musical journey: My transformation: 2 weeks ago I began a new journey in my life. I got tired of waiting for others to make things happen for me. How silly of me to think that...
Posted by ARIADNE at 11:11 AM No comments:

One of my rehearsals for auditions this past spring. Hope you enjoy it.  Please feel free to subscribe to my YouTube Channel Ariadnemuse.

So I tried to link this blog to my old ariadnevox blog and wasn't successful, but you can still read my old posts from 2011 there : www.ariadnevox/blogspot.com

In the meantime, I will continue posting on this site.
Something's brewing, so I will let you know later this week.